Dairy & Gluten: What Are They Doing to Your Body? 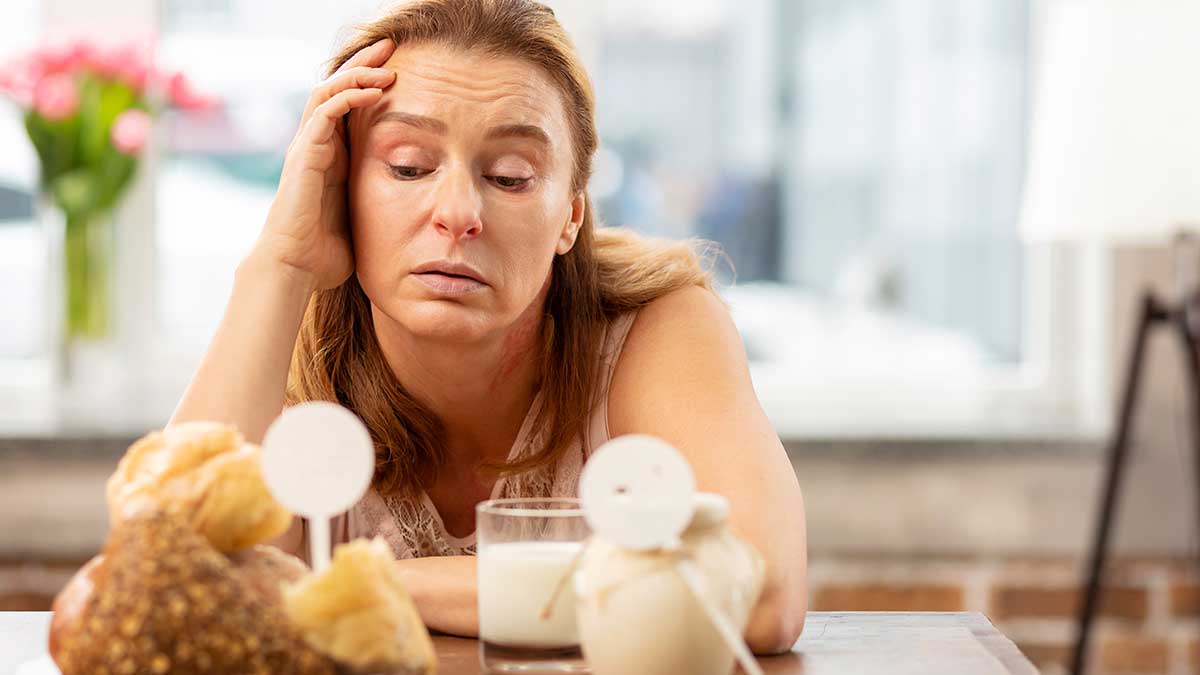 Food is medicine. The food we eat impacts our health, and it can also affect how we feel. And, while many people consider milk, cheese, bread, and pasta to be staples in their diet, what does their consumption do to your body?

When you think of milk, what comes to mind? Do you picture Bessie the cow standing out in the field with her innocent face on just waiting to be milked lovingly by a farmer so that you have a nice glass of ice-cold milk, creamy ice cream, or rich, melty cheese on a burger?

When you think of bread and pasta, are you picturing sprawling fields of wheat all waiting to be picked with love and respect and turned into something to be used in kitchens by the hands of at-home chefs wanting to feed their family a delicious meal?

These images of how our food is procured may have once been the norm. However, a lot has changed in the industries that produce these foods over time.

The dairy industry has gone from hand-milking the cows to machines working on herds of cows in assembly lines crammed into factories. The cow of hundreds of years ago is not the same one that lives now — a virtual transformation into something that nature may no longer recognize as hers.

Cows currently used for the mass production of milk and its derivatives are fed genetically modified corn, soy, and other food materials that the public is completely unaware of. They are injected with antibiotics on a virtually constant basis due to udder infections (mastitis), separated from their young early in the process, and slaughtered by means no one generally knows or even thinks about.

It is a highly complex process with systems that are all arranged and organized such that the mass production moves at a very high rate of speed, and there is little time for anyone — worker or animal — to stop and even think about consequences.

Not all cows are treated like this, of course. Private ​​farmers have made efforts to preserve and protect these beautiful creatures in their own ways, worldwide. And, because of their practices, we do have more humane animal care and milk processing. However, these types of operations are dwarfed by the larger companies that have taken command of the industry as a whole. 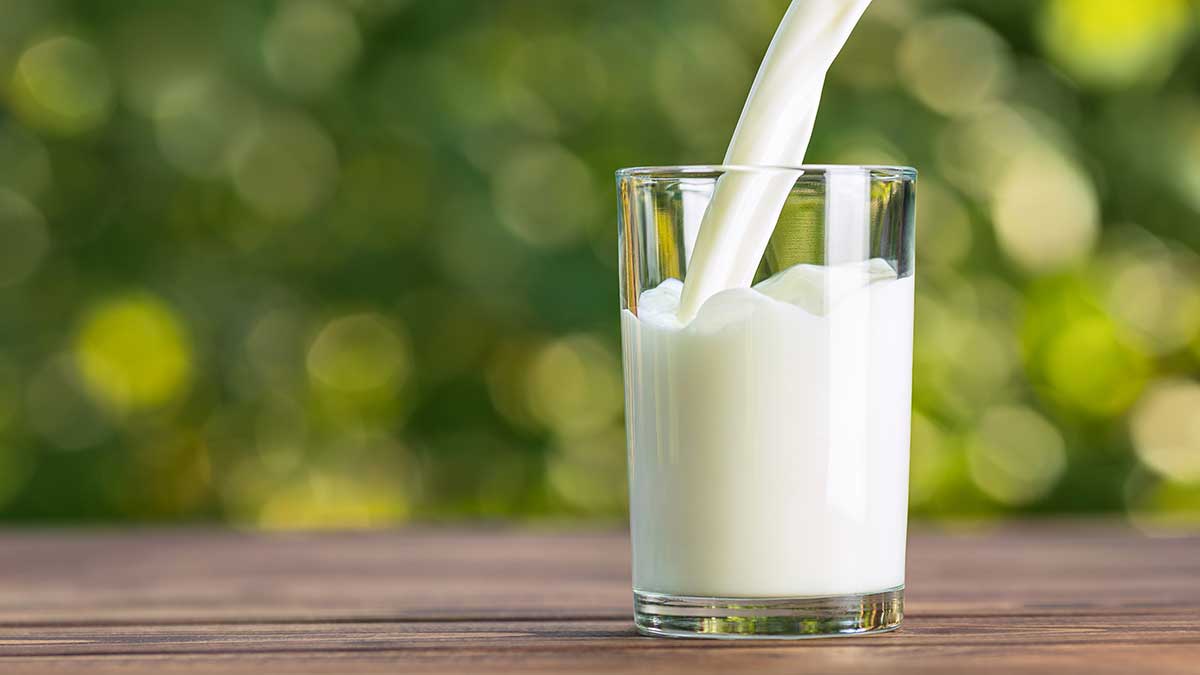 The substance that comes from the female cow naturally consists of the following ingredients:

Compare this to human milk which contains:

The breast milk of a healthy mother who consumes quality food and lives “in health” is the best food for her infant. Hands down, nothing else compares.

The Affects of Cow Milk Protein

While the idea of protein in cow’s milk may sound good, consider that casein, which is 80% of the milk protein, is a strong binder that is not digested very well in the human intestines. It can cause things such as:

I’m sure you have heard the old nursery rhyme about Miss Muffet eating her “curds and whey.” So what exactly is whey?

Whey is a remaining protein substance once fat and casein are removed from cow’s milk — in effect, the blood protein of the cow. Its main components are bovine serum albumin and lactalbumin plus other hormones such as estrogen and progesterone. These have been associated with diabetes and other autoimmune diseases in humans. Science continues to raise these points, but most of the public is not aware of this.

This is also the protein added to many powdered “health” formulas, shakes, and other foods because it is a protein. However, this protein is not well-understood, and the result of using it over the long term is entirely unknown.

Let’s look at some published information from the New England Journal of Medicine and The Lancet regarding protein from cow’s milk and its connection to diabetes and Multiple Sclerosis.

In 1992, the New England Journal of Medicine noted the following connection:

“Patients with IDDM produce antibodies to cow milk proteins that participate in the development of islet dysfunction…taken as a whole, our findings suggest that an active response in patients with IDDM (to the bovine protein) is a feature of the auto-immune response.”

In 1996, The Lancet reported the following:

“Cow’s milk proteins are unique in one respect: in industrialized countries they are the first foreign proteins entering the infant gut, since most formulations for babies are cow-milk based. The first pilot stage of our IDDM prevention study found that oral exposure to dairy milk proteins in infancy resulted in both cellular and immune response…this suggests the possible importance of the gut immune system in the pathogenesis of iDDM.”

There are other references made by The Lancet indicating that dairy-rich diets have been closely linked to the development of Multiple Sclerosis (The Lancet 1974; 2;1061).

In 2001, the Journal of Immunology published a study linking MS to milk consumption. According to Dr. Michael Dosch, MD, and a team of researchers, Type 1 IDDM and Multiple Sclerosis are far more closely linked than previously thought.

“We found that immunologically, Type 1 DM and MS are almost the same — in a test tube you can barely tell the two diseases apart…previously, it was thought that MS autoimmunity would develop in the central nervous system, and in diabetes it would only be found in the pancreas. We found that both tissues are targeted in each disease.”

Other issues can arise from the consumption of cow’s milk by humans. The dairy industry is not interested in these details, but the consumer may feel otherwise. Consumers should be aware that:

Studies done by Harvard researchers and in Europe have looked at milk and all its hormonal and protein components, seeing outcomes that would be disturbing to the average consumer if they looked closer.

Several studies have been done in the past 50 years examining the link between prostate cancer and dairy products. One very important link is Insulin-Like Growth Factor (IGF-1). This substance, which is naturally found in milk, has been shown to stimulate the growth of cancer cells. Studies have shown that Recombinant Bovine Growth Hormone (rBGH), commonly injected into cows to enhance milk production, will increase this IGF-1 so that this will translate to higher levels of IGF-1 in milk.

A study was done on vegans, individuals who consume no dairy products or meat, have shown lower circulating IGF-1 rates and lower cancer rates than dairy or meat-eaters.

Milk is not what it used to be. Therefore, consumers should be paying closer attention to this information for the sake of their health. 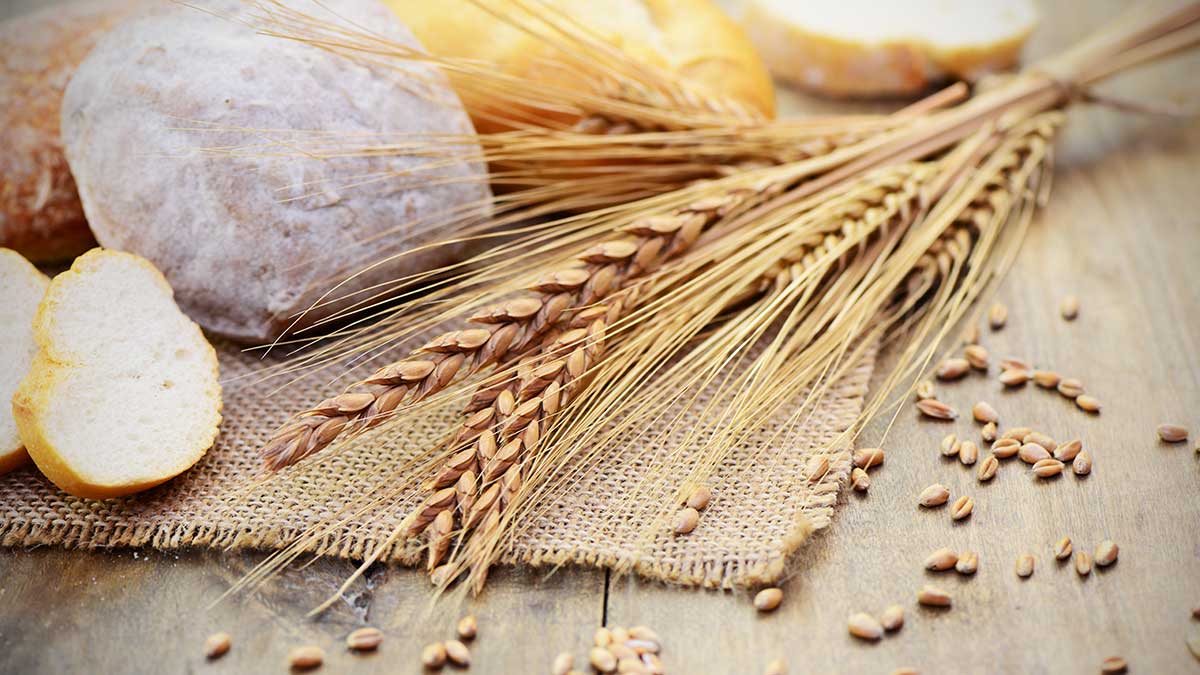 Gluten is found in wheat, barley, and rye and is used for the sake of literally — ”putting it all together!” These are the glues for food and other commonly used products, including other fillers, stabilizers, texturizers, and more.

Foods like bread, pasta, cake, muffins, cookies, and all pastries, crackers, chips, breaded items, cereals, pizza, soups, condiments, puddings, and much more are all products that gluten is used in, and it is the main ingredient for most.

Non-food items with gluten include glues in envelopes, stamps and other office and paper supplies, lipstick, shampoos, lotions, and creams.

The proteins in these naturally occurring plants can cause significant intestinal disturbances in the human body. Thus, they are the cause of issues for many people who suffer after consuming them.

Gluten sensitivity is something that has been recently recognized as occurring far more than ever in the past. It is estimated that 6 out of every 100 people are gluten-sensitive.

However, not everyone who has issues after eating gluten is necessarily gluten sensitive. Some who have problems after eating gluten may be having an allergic reaction. Wheat allergies would set off symptoms like severe swelling, itching, or even difficulty breathing. If this happens when you consume a gluten product, it must be addressed seriously and quickly for that person’s safety.

Gliadin, the protein in wheat and barley, is a very sticky substance that the small intestine processes. It is not easy to break down and, as a result, can cause the following for an unsuspecting person:

Celiac disease is found in 1 in 133 people and is a relatively common problem, and it may be increasing in modern times. Celiac disease is usually recognized early in a person’s life, and the strict avoidance of gluten is essential in controlling it.

Unfortunately, many people did not realize they had Celiac disease early on in the past, so they did not receive treatment until after they spent decades suffering.

Fortunately, today we are aware of this kind of problem, and it can be easier to diagnose and treat. If you suspect you have a gluten sensitivity, please talk to your healthcare provider as soon as possible.

You may want to look at a low-gluten diet to see how you feel after cutting it out of your diet, but do remember that you need to have a good source of proteins, carbs, and fats to maintain good nutritional health.

What Is Gluten Free?

Being gluten-free means that you only eat foods that do not contain gliadin from wheat, barley, or rye.

This means a diet that consists of only meat, milk, fish, eggs, fruits, vegetables, nuts, rice, beans, seeds, sugar, water, coffee, tea, and any other product that has no gluten added. You can also consume quinoa, millet, hemp, teff, and rice that are not processed with wheat, barley, or rye in the factories that put them together.

Oats are also non-gluten, however, they contain a protein called avenin, which is similar to gliadin in wheat, but it may not cause distress in most people. Those who have Celiac must be aware of this protein, and if it causes distress, it needs to be eliminated from the diet.

Oats must be labeled “gluten-free” for those who are sensitive to the avenin. Just be aware that oats are often grown close to wheat, barley, and rye. Because of this, gliadin and other proteins may be exchanged during the growing process. Therefore, it is best to see how well your body feels when oats are eaten. If you suspect any problem, eliminate the oatmeal or other cereal containing it for a few weeks and then retry and see how your body responds.

Also, be advised that alcohol may contain gluten if processed in containers lined with gluten flour. Beers that have hops and barley are to be considered, and if you are sensitive, do not consume them. Celiac sufferers would do best to choose among wine, champagne, and gluten-free beer.

What About A Low Gluten Approach?

It is prudent to see if you are sensitive to gluten before considering your exact approach to handling it. For example, hold off gluten for thirty days and then reintroduce one item at a time to see if you experience symptoms of bodily discomfort.

Even better, reduce your consumption of wheat products as a whole. Flour-based foods can be a source of many different ailments, from allergic reactions to respiratory, ear, nose, and throat discomfort to a litany of digestive problems, joints problems, and mood swings.

The world is now in a position to take a closer look at what is out in the food industry and make some very significant changes necessary for the ultimate survival of the generations to come. It is high time that we took a hard look, particularly at dairy and grain products, in ways never before. 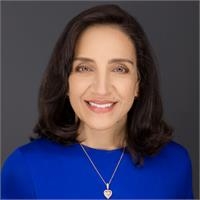 Dr. Maria Scunziano-Singh
Founder at WellCome OM Integral Healing & Education Center
Dr. Maria Scunziano-Singh is a board-certified physician with a medical degree from New York Medical College who also holds a diploma from Clayton College of Natural Health as a naturopathic medical doctor. For over 20 years in practice, her passion of bringing health to others through her practice at Access Healthcare Physicians has been expanded to Naturopathic Medicine at the newly opened WellCome OM Integral Healing & Education Center in Spring Hill, Florida.